While the Southern California region is often associated with severe drought due to record-breaking dry weather from 2013 to 2017, this peculiar region defies all odds with its unexpectedly lush and immaculate gardens. In the late 40s ‘California Style’ gardens emerged from the work of the pioneer landscape architect Thomas Church who introduced Modernist architecture principles into landscape design. With curvy lines and freeform abstract shapes, the distinctive ‘California Style’ landscaping was a major separation from the more traditional ,highly structured, English landscapes. California style landscaping greatly emphasizes indoor-outdoor living which couldn’t be more appropriate for the year-round mild climates of the West Coast.

For generations the upkeep of liveable gardens in California has taken a higher precedence than the interiors of homes themselves. In Los Angeles you’ll often find that these seamless gardens are a major selling point for home buyers. The local emphasis on outdoor living is held in such high regard that the outdoor spaces are most commonly the first point of renovation upon purchasing a new home. The near-mediterranean climate of SoCal allows for an extremely diverse range of plants to flourish side-by-side. However, there is one botanical resident that truly stands out from all the rest, the bird of paradise.

An abundance of bird of paradise plants are found all across the city of Los Angeles but are particularly present in the historic neighborhoods. With its unexpectedly sharp, almost geometric, lines accentuated with vibrant orange and electric blue petals this flower defies nature’s symmetrical biases. Out of towners marvel at the odd shape of this attention grabbing botanical, while local artists and brands are inspired to capture its beauty through their creations. This asymmetry is featured in variety of muted 50s color palette base colors in the West Coast collection from Evascape. Unbeknownst to majority of today’s locals, the bird of paradise has been the Los Angeles official floral emblem since 1952. This non-native plant from South Africa thrives in SoCal and we think it’s a perfect representation of LA’s blossoming cultural diversity. Much like most of LA’s population, the bird of paradise teaches us that you can bloom and flourish away from your roots.

It is often assumed that the a city’s culture stems from the locals that have lived there the longest, true natives, but this isn’t the case for LA. The most notable cultural phenomenon of Los Angeles is that a majority of the population originates from elsewhere. While roughly 60% of Los Angeles’ residents are born in the United States, the number of those born in and still residing in LA is significantly smaller. So rarely do you come across a LA born and raised city dweller that when you do it feels like an anomaly prompting for further investigation. However, the true culture of Los Angeles is most accurately derived from generations of immigrants, self-proclaimed misfits, and temporary transplants.

LA’s most notable thriving ethnic neighborhoods include Chinatown, Filipinotown, Koreatown, and Little Tokyo but dozens of others call LA home, simply too many to list. No matter where you’re from, this city’s immense cultural diversity guarantees you’ll find a place that feels like home and it’s the mash up of these diverse worldly perspectives that define the local culture. The astounding diversity of Los Angeles makes this city one of the most accepting, resilient, and truly experiential multi-cultural destinations in the world. This is the city of new experiences where immigrant owned mom-and-pop shops are proudly prefered over mass-market chains. This is a city that embraces all cultures because all cultures call LA home.

A rose next to an agave plant doesn’t seem like it should work, just like a Korean fusion burrito seems like it shouldn’t exist, but Los Angeles isn’t about fitting in. This city is built on those that truly stand out by being different and it’s the fusion of cultural perspectives that give this make this city unlike any other in the world. Maybe, just maybe, these approachable gardens and fusion of cultures are the reason why the West Coast is so widely associated with laid back vibes. With the bird of paradise flower is here to stay and when you come across it in LA we hope you take a moment to pause and appreciate the city’s diverse origins.

“Designed by creatives inspired by the places they call home.”

Evascape, a LA based company, exists to bring multi-functional home decor to market in order to upset the traditional home goods industry. With a mission to rethink and eliminate the hassle of redecorating, Evascape makes products that make changing your space unbelievably effortless. Evascape founder, Katrina Brinson started the company out of her frustration with home decor’s poor material quality and lack of functionality. As a young professional she was fed up with the inability to easily change her space at will due to rental restrictions and frequent moving. Evascape’s products are thoughtfully created for the modern nomadic lifestyle with designs inspired by specific travel destinations that change on a yearly basis.

Working with local creatives, Evascape is able to bring the authenticity that the aesthetically inspired Instagram generation craves into their homes through an emphasis on local indie designers. The company has launched a line of peel-and-stick, easily reusable, fabric wallpapers for their year-long West Coast Collection. The first design lines in Evascape’s West Coast Collection features SoCal inspired styles of Sunset, Venice, Agave, and Paradise. With all initial patterns designed by their multi-disciplinary founder Katrina, the Bird of Paradise pattern really stands out as a unique print ideal for the wallpaper feature walls that are rapidly displacing paint as the material of choice for feature walls and color-blocking among top interior designers. Paired with 1950s Los Angeles postcard designs, it’s clear to us that these Bird of Paradise background color choices pull directly from historic LA where Katrina currently resides. 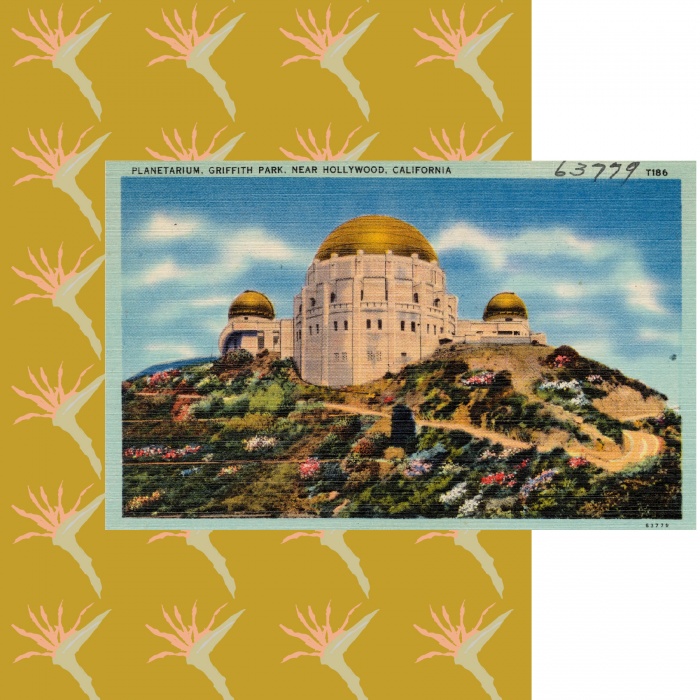 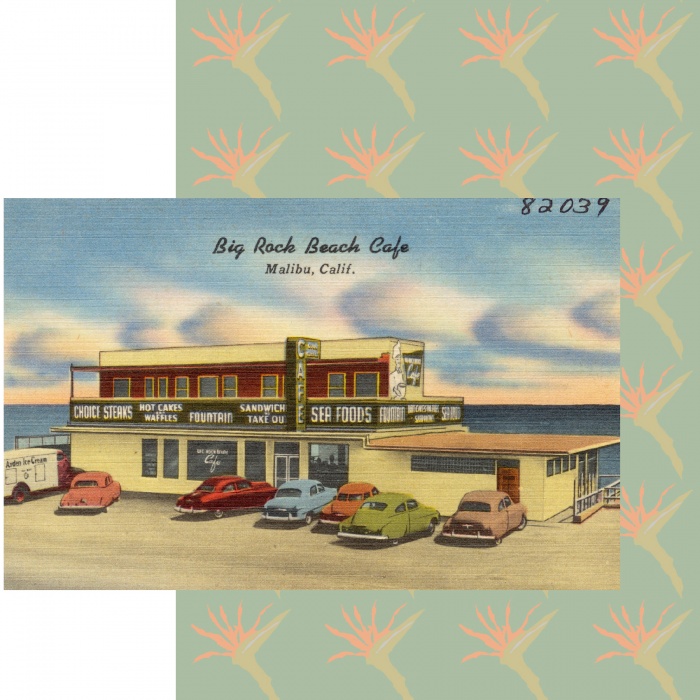 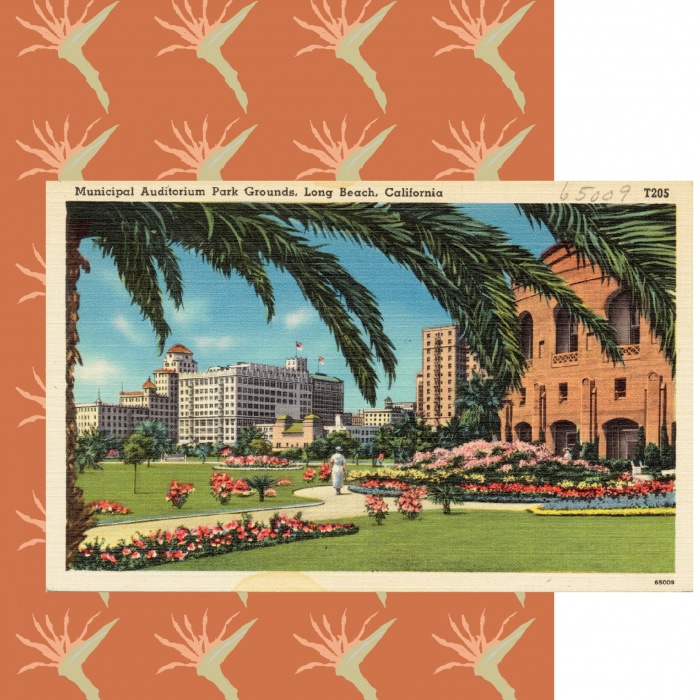 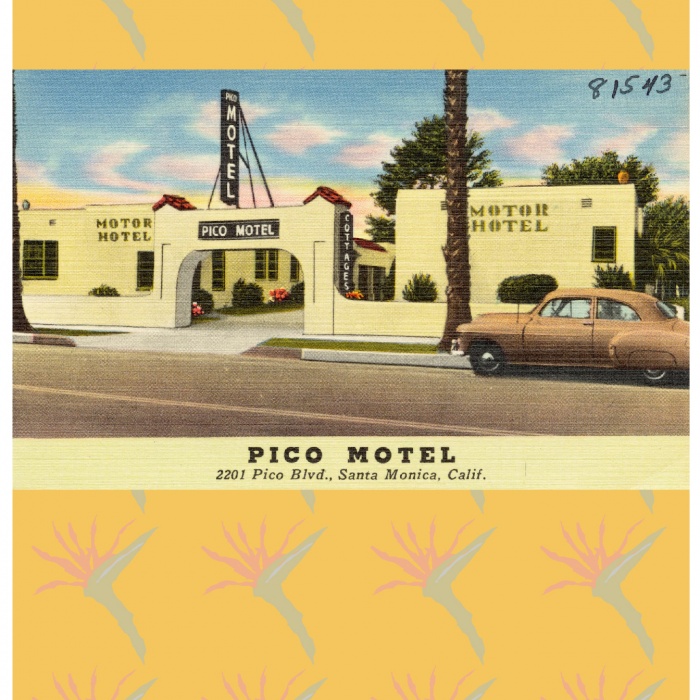 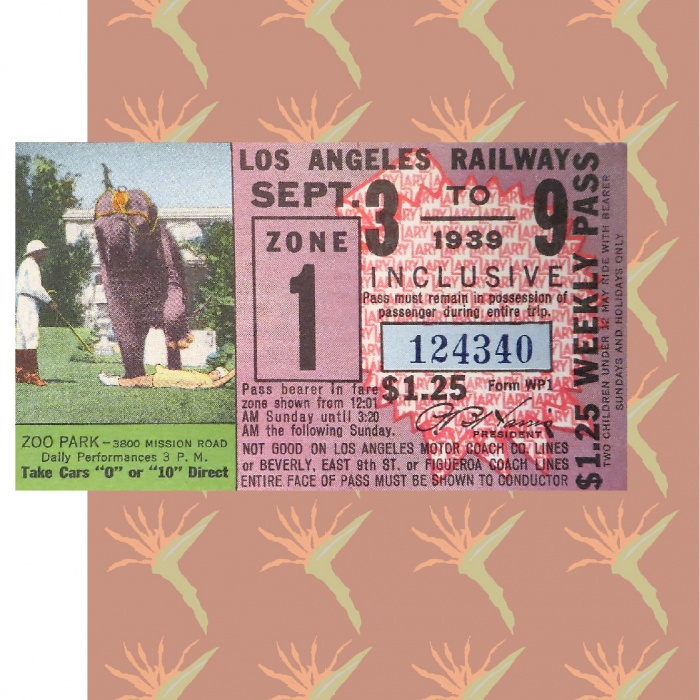 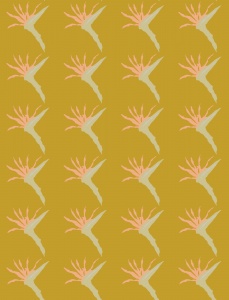 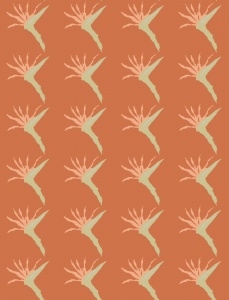 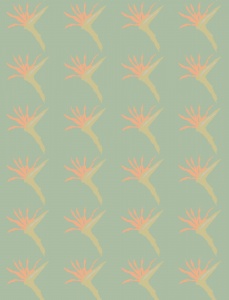 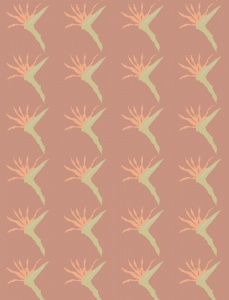 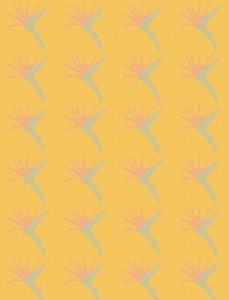 “Rails creates a unique intersection in fashion by blending the casual. comfort of Southern California living with a sleek sophistication. Relaxed, but always refined, the collection draws on influences from international travel to metropolitan living.”

Whitney Birds of Paradise – by Rails

Founded in Los Angeles California in 2008, founder Jeff Abrams started Rails by carrying a single hat but has since evolved into an globally retailed brand worn by celebrities and West Coast locals. This ultra-soft linen and rayon blend bird of paradise button down shirt transitions perfectly from brunch to beach. We couldn’t be more in love with this California brand designing styles for the well-traveled.

“97% of our clothing is made within a few miles of our San Francisco office in the best sewing and cutting shops in the Bay Area. “ 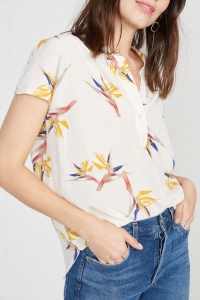 Amour Vert embodies West Coast style at its best in this bird of paradise patterned 100% silk top that seamlessly transitions from office wear to casual weekender day trips. These vibrant colors and naturally cooling silk fabric will keep you oh-so cozy in the hot dry weather of SoCal.